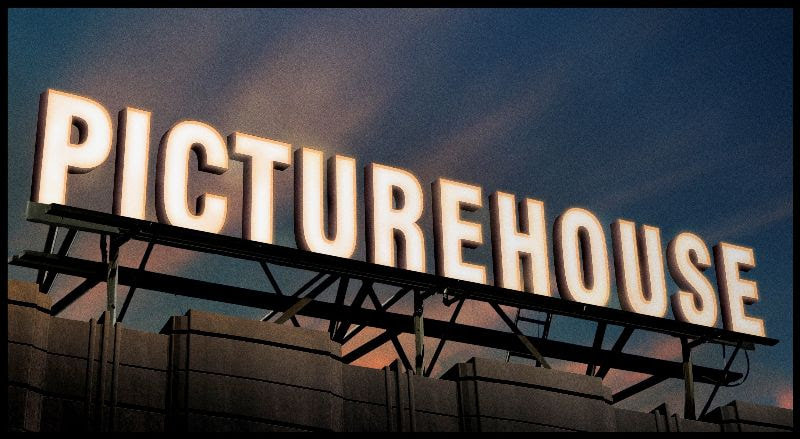 LOS ANGELES, July 23, 2020 – Picturehouse will open Fatima in theaters and direct to home (PVOD) throughout North America on August 28, 2020, following a grassroots word-of-mouth digital marketing campaign that energized and engaged the core audience, culminating in a series of Pop-Up Drive In Influencer Premieres across the country. The film, acquired by Picturehouse in October, was originally scheduled to open on April 24. The COVID-19 pandemic, which shuttered movie theaters nationwide, presents some parallels to the original story, set in 1917, just before the Spanish Flu.

“The response to Fatima at our pop-up drive-in premieres has been wonderful,” says Bob Berney, CEO of Picturehouse. “Audiences and social media reactions have convinced us that we need to get this movie out now. We held out as long as possible for a traditional theatrical release, but given the national situation, we did not want to postpone the release of this movie, with its message of hope, any further.”

Picturehouse debuted the trailer on Ash Wednesday, Feb. 26, to more than 10 million views online, and took advantage of the additional time to pivot from the typical promotional activities undertaken to find an audience, including several Facebook Premiere events, and previewing the film in Pop-Up Drive-Ins across the country this summer, in Miami, Los Angeles, Los Angeles/Simi Valley, Bridgehampton (New York), Chicago, Baltimore, Atlanta and Boston.

A powerful and uplifting drama about the power of faith, Fatima tells the story of a 10-year-old shepherd and her two young cousins in Fátima, Portugal, who report seeing visions of the Virgin Mary, inspiring thousands of believers and angering officials of both the Catholic Church and the secularist government, who try to force them to recant their story. As word of their prophecy spreads, tens of thousands of religious pilgrims flock to the site in hopes of witnessing a miracle. What they experience will transform their quiet lives and bring the attention of a world yearning for peace.

To schedule an interview, or for more information, please contact Kevin Wandra (404-788-1276 or KWandra@CarmelCommunications.com) of Carmel Communications.

About Picturehouse
Picturehouse was originally formed in 2005 as a joint venture between HBO and New Line Cinema and headed by Bob Berney. The Time Warner subsidiaries acquired the theatrical distribution operation of Newmarket Films, which under Berney’s leadership had released such successful films as the record-breaking The Passion of the Christ; Monster, for which Charlize Theron won the Best Actress Academy Award®; and the surprise hit Whale Rider. Picturehouse went on to acquire and release such acclaimed features as Guillermo del Toro’s Pan’s Labyrinth (winner of three Academy Awards); Olivier Dahan’s La Vie en Rose (winner of two Academy Awards, including best actress for Marion Cotillard); Sergei Bodrov’s Mongol; Patricia Rozema’s Kit Kittredge: An American Girl; Robert Altman’s A Prairie Home Companion; and Seth Gordon’s documentary The King of Kong: A Fistful of Quarters. The company relaunched as an independent theatrical distributor under Bob Berney and Jeanne R. Berney’s ownership in January 2013, with the release of Metallica Through the Never, one of the first independent features to be shown exclusively on IMAX screens.

About Origin Entertainment
Origin Entertainment is a broad-based production company focused on producing transformative entertainment. Origin produces films that evoke audiences’ desire for the heroic, foster a generosity of spirit, and inspire them to make choices for the greater good. Origin has developed a slate of pictures that includes The Code, a sci-fi thriller, and A Severe Mercy, the film adaptation of the HarperCollins bestselling novel written by Sheldon Vanauken. For more information visit www.originentertainment.com.

About Rose Pictures
Rose Ganguzza is known in indie circles as the “godmother of young filmmakers.” Many of Ganguzza’s films have been made by first-time filmmakers, including Afterschool (Antonio Campos), Kill Your Darlings (John Krokidas), Margin Call (J.C. Chandor) and The Guitar (Amy Redford). Ganguzza’s other films include New York, I Love You; The Romantics; The Words; Someday This Pain Will Be Useful to You and most recently The Chaperone, written by Julian Fellowes; and Poms, a comedy starring Diane Keaton and Jacki Weaver. Ganguzza has produced or executive produced a number of documentaries, including Blue Gold: American Jeans, Trashed and New York at the Movies, and is in pre-production on the feature films, All About Elaine, written and to be directed by Claire Van Kampen, Mary’s Monster, with Coky Giedroyc, Roman Nights, about Italian actress Anna Magnani and American playwright Tennessee Williams, and the psychological thriller Ever There. She is also producing a TV series about the only British superhero, Jack Staff, for Sony Television. Ganguzza is extensively experienced in the global market and has done numerous co-productions, structuring film and television deals throughout Europe, South America and Asia.